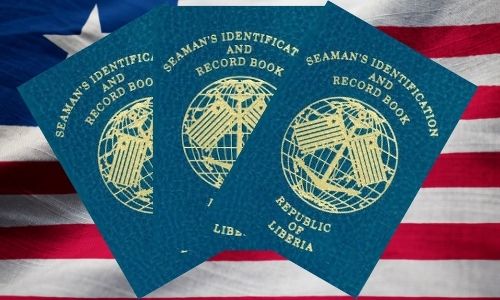 A Guide to Liberia Ship Registry

The Liberian ship registry, established in 1948 by former U.S. Secretary of State Edward Stettinius, is recognized as one of the foremost open ship and corporate registries, it has been in successful operational for over 67 years.

The Liberian Registry is the second largest in the world and includes over 4,300 ships of more than 160 million gross tons. The Liberian fleet is one of the youngest of all nations, with an average vessel age of 12 years.

The Liberian Registry is administered by the Liberian International Ship & Corporate Registry (LISCR, LLC), a U.S. owned and operated company that provides the day to day management for the Republic of Liberia’s (ROL) ship and corporate registry.
Liberian ship registry is for the issuance of Provisional Certificate’s for shipping vessels and the registry for training center’s, the course is an approval and will be displayed on the Liberian registry.

The Shipping Companies in the Republic of Liberia are regulated by a variety of laws. The corporate laws of Liberia were promulgated over 50 years ago to provide an offshore jurisdiction for ship owners and the international financial community.

LISCR Liberian International Ship & Corporate Registry has been appointed by the Government of Liberia, as its agent, to manage the corporate registry, and to act as the sole registered agent for corporations registered in Liberia, but having their place of business elsewhere.

The Republic of Liberia, is a country on the West African coast. It is bordered by Sierra Leone to its northwest, Guinea to its north, Cote d’Ivoire to its east, and the Atlantic Ocean to its southwest. It has a population of around 5 million and covers an area of 111,369 square kilometers 43,000 sq mi.

Liberia had began the settlement of the American Colonization Society (ACS), who believed black people would face better chances for freedom and prosperity in Africa, than the United States. The country declared its independence on July 26, 1847.

The Liberian International ship registry is the fastest growing registries. Choosing among the experienced staff and building, an high technology to maintain our reputation and name.

We make sure to work on a completely electronic registry to ease the work and time management, We also provide Liberian CDC, registering vessels, or choosing a workforce. All of it is managed on a online digital platform.

LISR are clear in goals, and every time it is done by targeting high and remembering that great names are made through dedicated service and quality guarantee.

If you have a question – why should i registry my sea vessel under the flag of Liberian and not any other?

LISR works on honest and transparent beliefs. We provide real business solutions and benefits that are entirely operational and fit to the budget of our clients. We guarantee our services and promise to be there whenever needed. As a smart registry, we ensure faster delivery of our services.

We are also going towards the digital approach for our clients traditional registry service powered by speed and smart registry solutions that is completely integrated with SAP businesses added to One ERP system.

We offer the service, including Liberian CDC, our fees are kept affordable. We have all the calculations ready, and we offer better prices than our competitors. No hidden charges. Easy online payments. Our tech solutions to deficiency prevention systems solve the problems that might inflict upon the clients.

Why should you trust LISR?

At LISR, we strive to be one and believe in services that help and benefit our clients with the best experience, maritime spirit, and high energy, we ensure to deliver with efficiency.

We are highly dependent on the skills and knowledge of our team and workforce that make LISR. We deliver the smart solutions in a short time scale to our goal.
Some of the accurate reasons, why you can trust Liberian ship registry services are listed as follows:

We also reward the dedication and loyalty of our customers, as well and make sure that the best service is given by us from providing additional and exclusive membership offers and credit payment terms.

Liberian CDC ship registry is invested in delivering with quality and speed. A seaman book can be issued in the following categories:

To assist with the Liberian CDC, clients have to provide important documents required for the process. These documents include:

You can register your vessel under our Liberian flag and there are specific requirements, you need is to ease the work for smooth execution.

In order to enter the Liberian Registry, a vessel must be less than 20 years of age and must meet the Registry’s safety standards. Vessel registration requirements.

Under Liberian, any foreign citizen can register a ship but has to be a qualified person. It can also be a foreign corporation and/or companies that are established in foreign jurisdiction. The laws of the jurisdiction. This service extends to Liberian citizens and corporations without condition as well.

Liberian is known for its international involvement in ensuring the development of new regulations when necessary. Vessels older than twenty 20 years, may be granted a waiver for registration on application by owner. If approved by the Marine Operations and Standards Department based on consideration of the vessel’s material condition.

The Liberian ship registry has a name of its own and trusted by several people around the world. We also work with an outstanding team of people, who provide excellent results due to their skills and experiences.